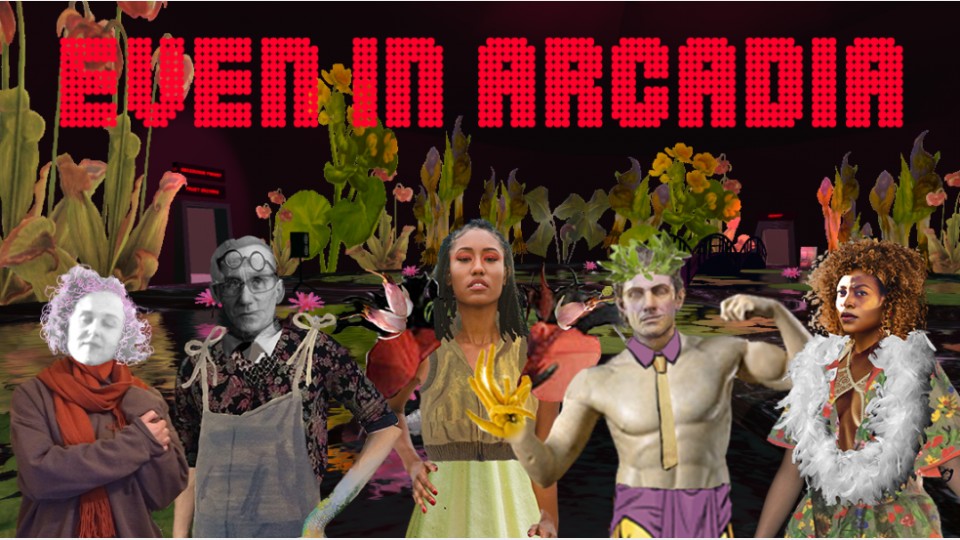 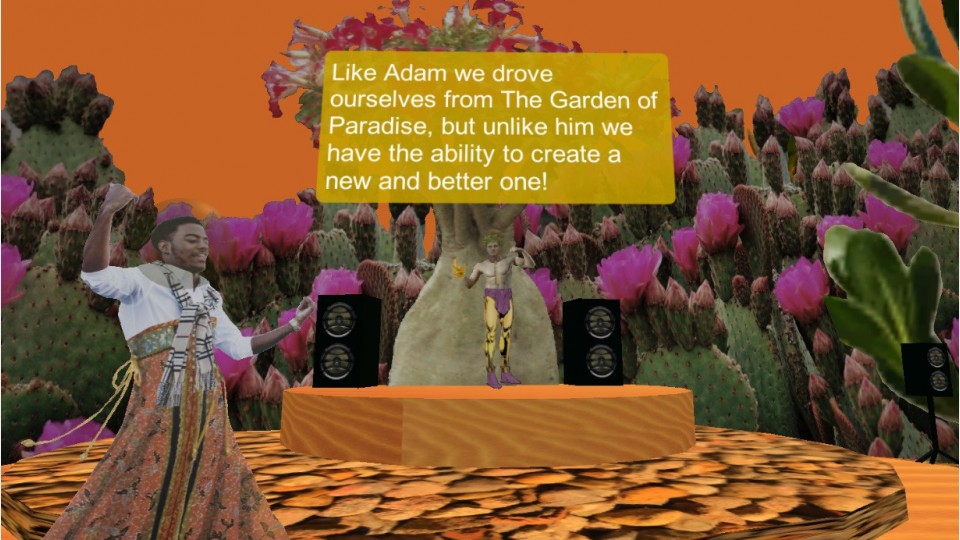 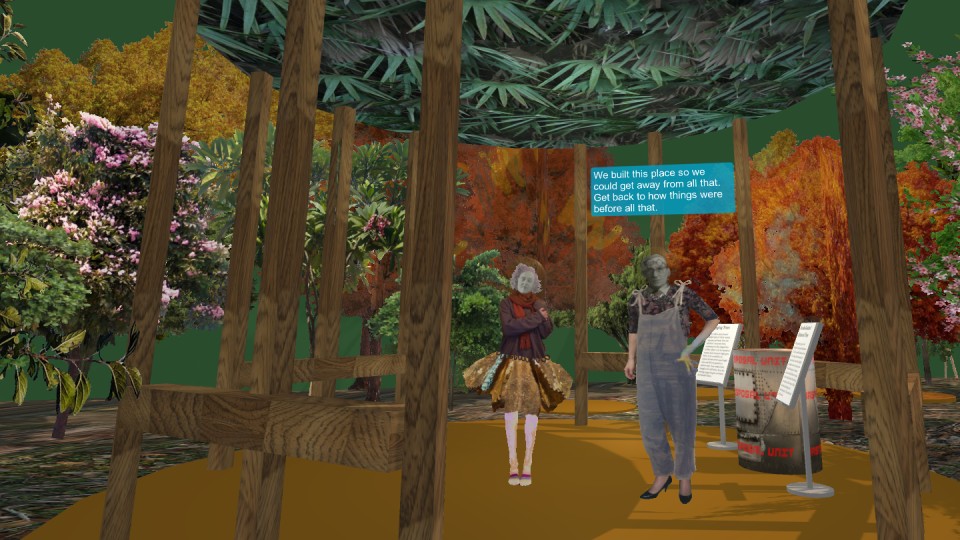 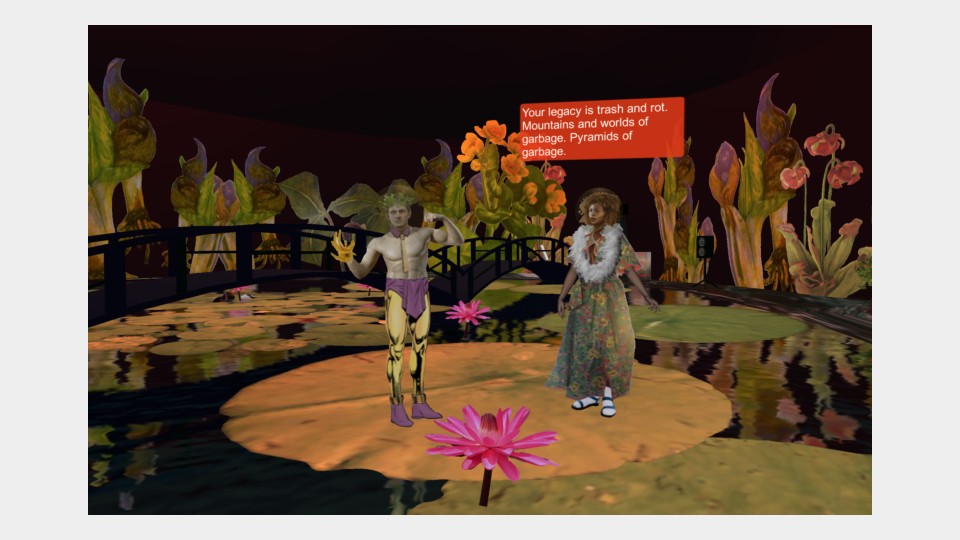 In a distant future in which capitalism and consumerism have continued to run rampant, corporations have replaced all government, and planet Earth has long been relegated to legend, society constantly moves to new planets and throws away the old ones like last year's model of smartphone.

You are a guest at the launch party for the most recently developed planet: Arcadia. Over the course of the evening you will wander the Arcadia Botanical Gardens' various rooms and eavesdrop on the other distinguished guests whose stories and dramas play out in a repeating cycle.

The Gardens claim to recreate the natural world of "prelaunch" Earth, a world no one has experienced in thousands of years. The game explores humanity's relationship to nature under capitalism, speculating on what "nature" would look when completely constructed by humans, and prompting the question of how close we may already be to such a reality.