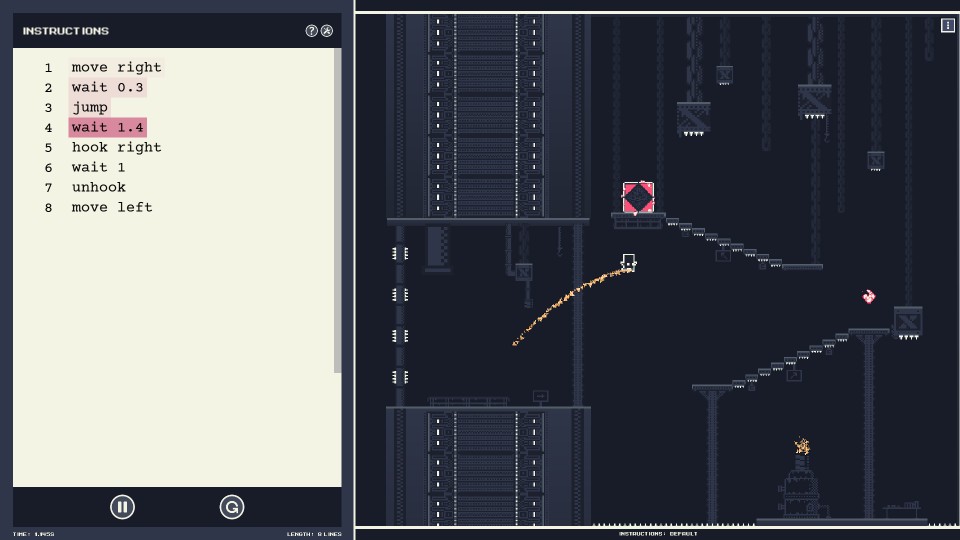 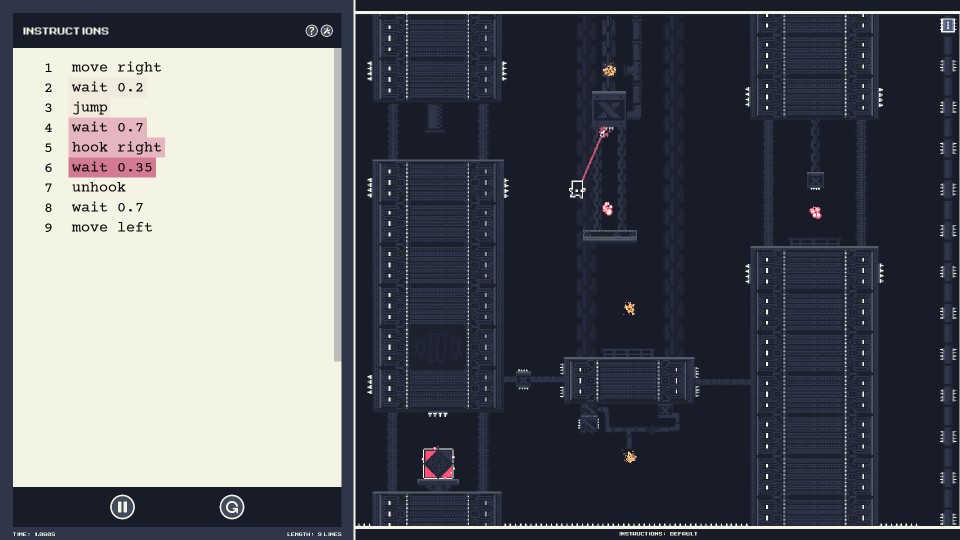 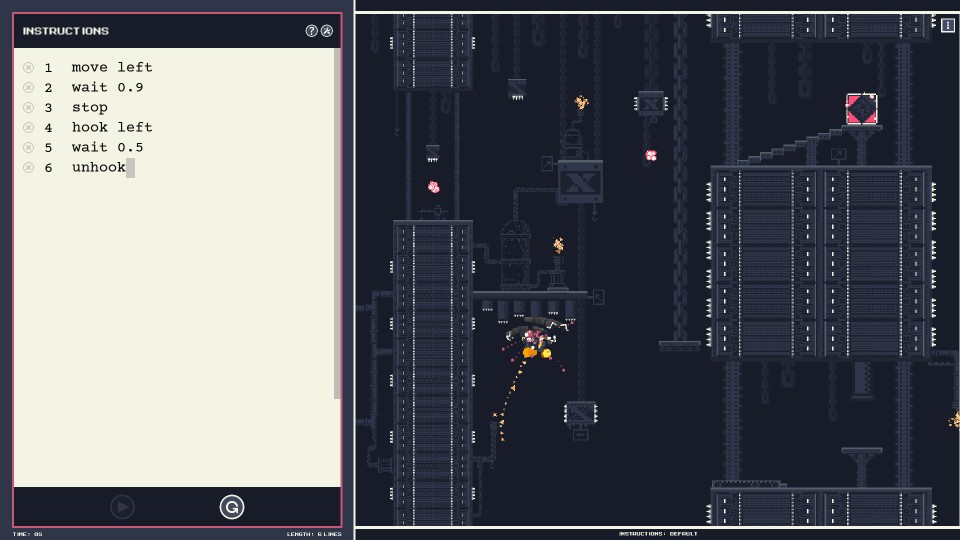 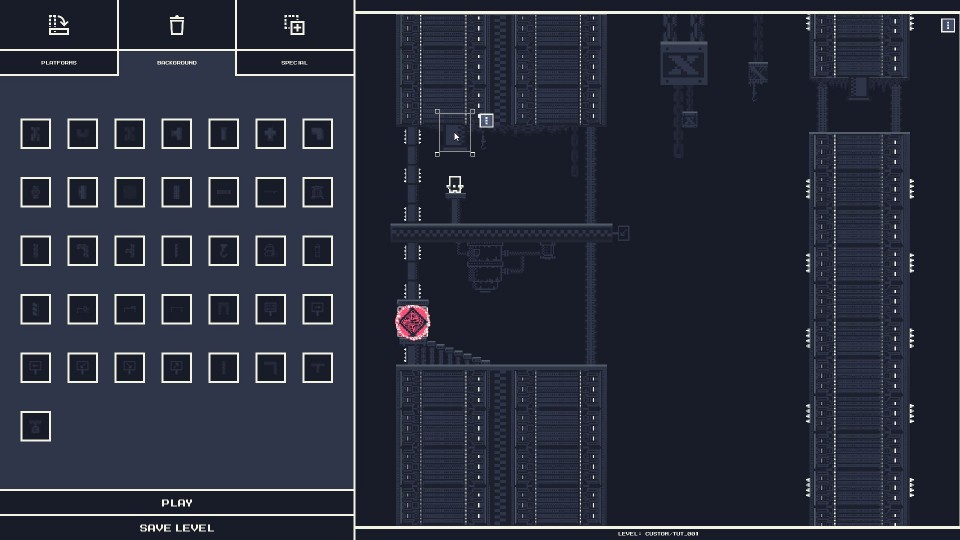 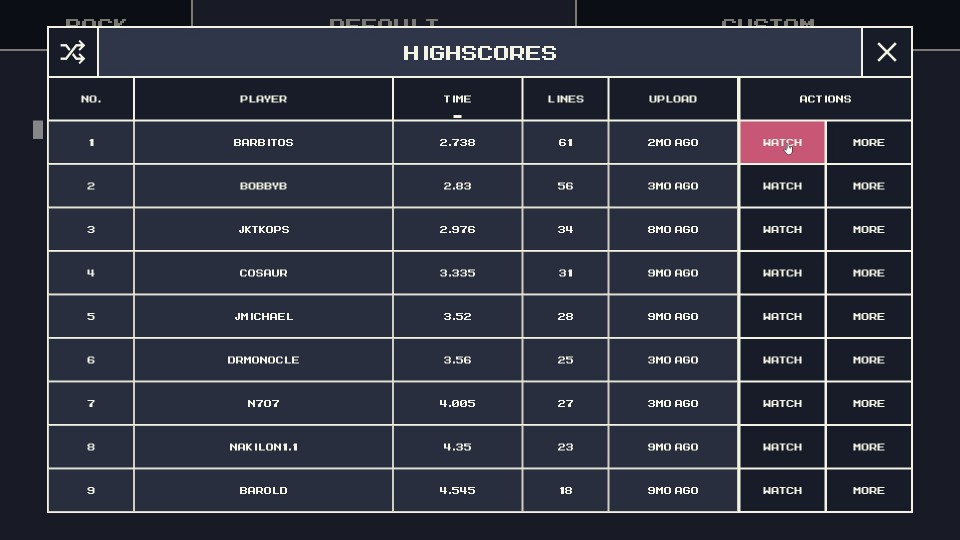 Tool-assisted speedrun: The game! "Bots Are Stupid" is a 2D game where you try to maneuver robots through different platforming levels. It sets itself apart from conventional platformers by offering an alternative, more precise way of user input. Instead of directly controlling the character's movement, the player has to write a set of simple instructions telling their robot what to do. The bot will then follow those instructions precisely and maybe (or maybe not) finish the level.

The commands for the robots are designed to be as simple as possible in order to make the game accessible to anyone. This means that you are not required to have any prior programming/tech knowledge to be able to "program" the bots. The game might have some educational value by introducing players to the very basics of scripting/programming in a playful way.

There's also a global leaderboard, which allows players to compete with each other to get the best solutions for each level, as well as an editor, which lets players create and share custom levels.